Fruit, earth, minerality, and spice are four tasting terms used to describe terroir in wine. We found the four perfect bottles to establish these terms in your repertoire.

The wine community has borrowed the word terroir (“tear-wah”) from the French to describe flavors that go beyond the grape variety. Some wines taste earthy, but why?

For decades, science couldn’t explain how terroir expresses itself in the glass. However, if you ask an expert blind-taster, they can tell you accurately where a wine came from based on aromatic markers.

So, let’s walk through the big four: Fruit, Earth, Minerality, and Spice!

Whether you say “fruit-forward” directly or use more indirect adjectives like “exuberant” or “bombastic,” you’re talking about the dominance of fruit flavors. Why are some wines more fruity than others?

Initially planted in 1854 by Generals William Tecumseh Sherman and “Fightin’ Joe” Hooker, Bedrock’s thick and gnarled vines (some as high as six feet tall) rise from clay-loam soils, eking out tiny, thick-skinned, powerful grapes like only ancient vines can.

The Bedrock Heritage is a field blend built on Zinfandel, Carignan, and Mataro (Mourvèdre), accented with 27 other varieties interplanted on the property. Twain-Peterson co-fermented them (called a “field blend”), then aged the wine in a combination of large-format puncheons, demi-muids, and 228-liter barrels of French and Austrian oak.

The wine delivers rich raspberry, dried cranberry, medjool date, and sour cherry notes on first whiff, but it keeps going! There’s also white pepper, Sichuan peppercorn, peaches, and a low fog of chalkboard dust. Because of the large-oak aging, you’ll find the fruit is ever present, pure, and bombastic. 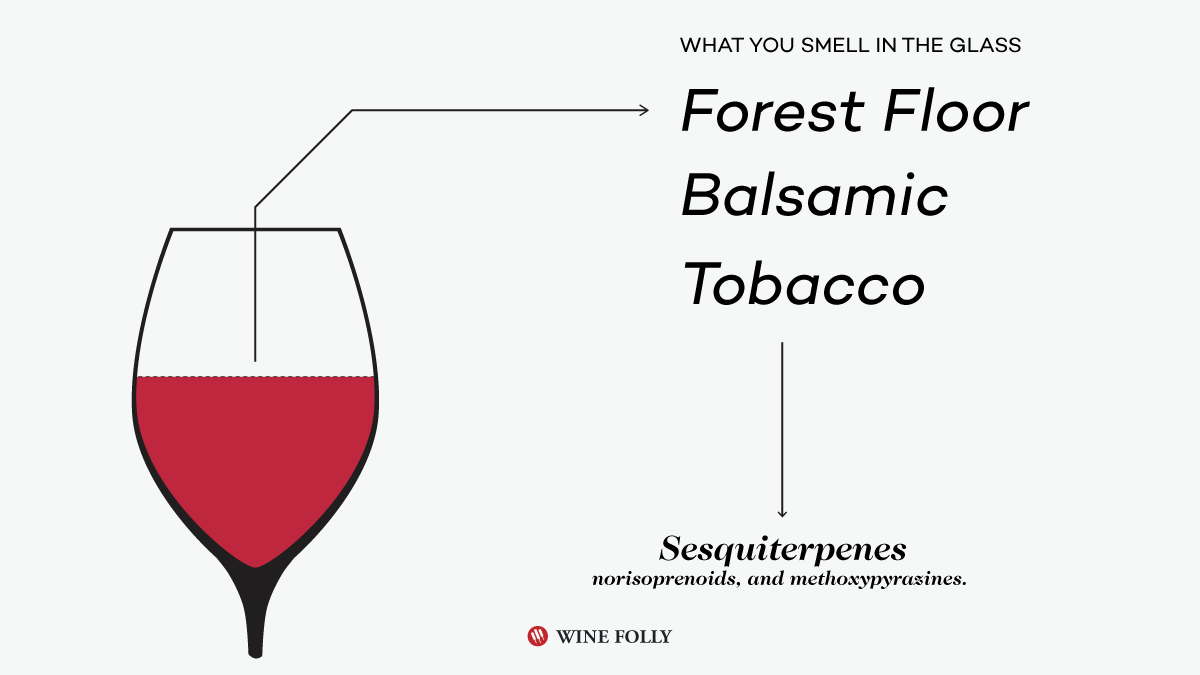 We describe earth with tasting notes like “balsamic,” “forest floor,” or “tobacco” and it smells like sticking your nose into a bag of potting soil. Where does it come from?

The bistro, aptly, is called Le Refuge du Passé. A dusty, anachronistic jewel on Rue du Fer à Moulin in Paris’s 5th arrondissement. It’s got rustic and delicious fare, a cluttered zinc bar, and yellowed walls plastered with Piaf posters. It’s the kind of place you hope to stumble upon when prowling Paris in the blue hour—and the 2019 Wilfrid Rousse Chinon “Les Puys” is what you hope they’re pouring.

Epitomizing the independent, dirt-under-the-nails grower, Wilfred Rousse started out in 1987 with just a single hectare of vines. Over the years, he gradually grew his holdings to 19 hectares of prized, organically farmed, south-facing vines on the banks of the rolling Vienne River.

The wine isn’t faint-hearted, it’s a geological survey of soil types on the nose from temperate forest floor to mushroom. Within the layers of earth reveal Cabernet Franc’s classic savory notes of red pepper flake, violet, and ripe red cherries. 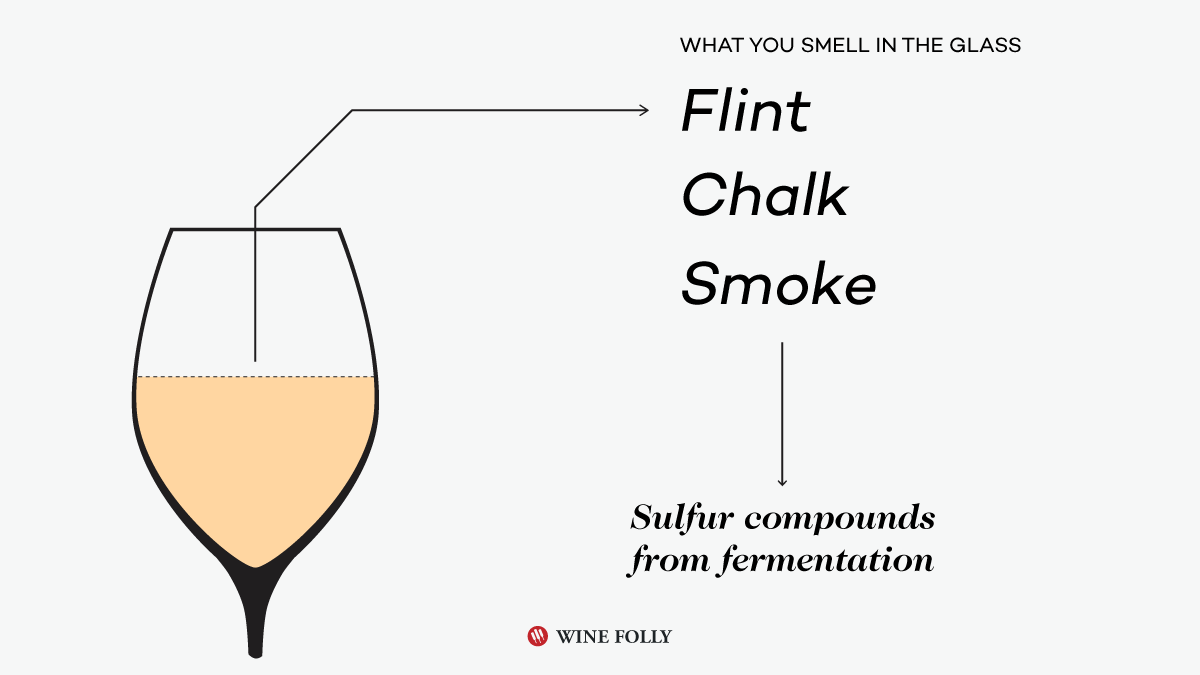 “Flint,” “chalk,” and “smoke” get thrown around to describe aromas mineral in nature. However, they’re not actually from minerals in wine.

A perfectly flinty Riesling from Germany

Coming from the Pfalz, the driest and sunniest region in the country, these vines see 2,000 hours of sunshine a year. For a dry (“trocken”) Riesling, the extra sun means more texture and structure on the palate.

Expect Apricot, honey, lime peel, and beeswax on the nose with a distinct mineral note like wet slate rocks. On the palate, it’s dry and lean with lime and green apple notes that leads into a long, honey-tinged finish.

Whether it’s a peppery taste or the sense of piquancy in wine, spiciness encompasses several things going on inside the glass.

A Tuscan Sangiovese creates a perfect storm of spice

The 2018 Tenuta Valdifalco embodies the dynamic rusticity that’s got some of Italy’s top winemakers flocking to Morellino. It’s a showcase of character that kicks off with bold fruit, from plums to black cherry to boysenberry, then turns to holiday spice and pink peppercorns. Built on powerful tannins and generous acidity, the wine has plenty of underlying details to tease out. 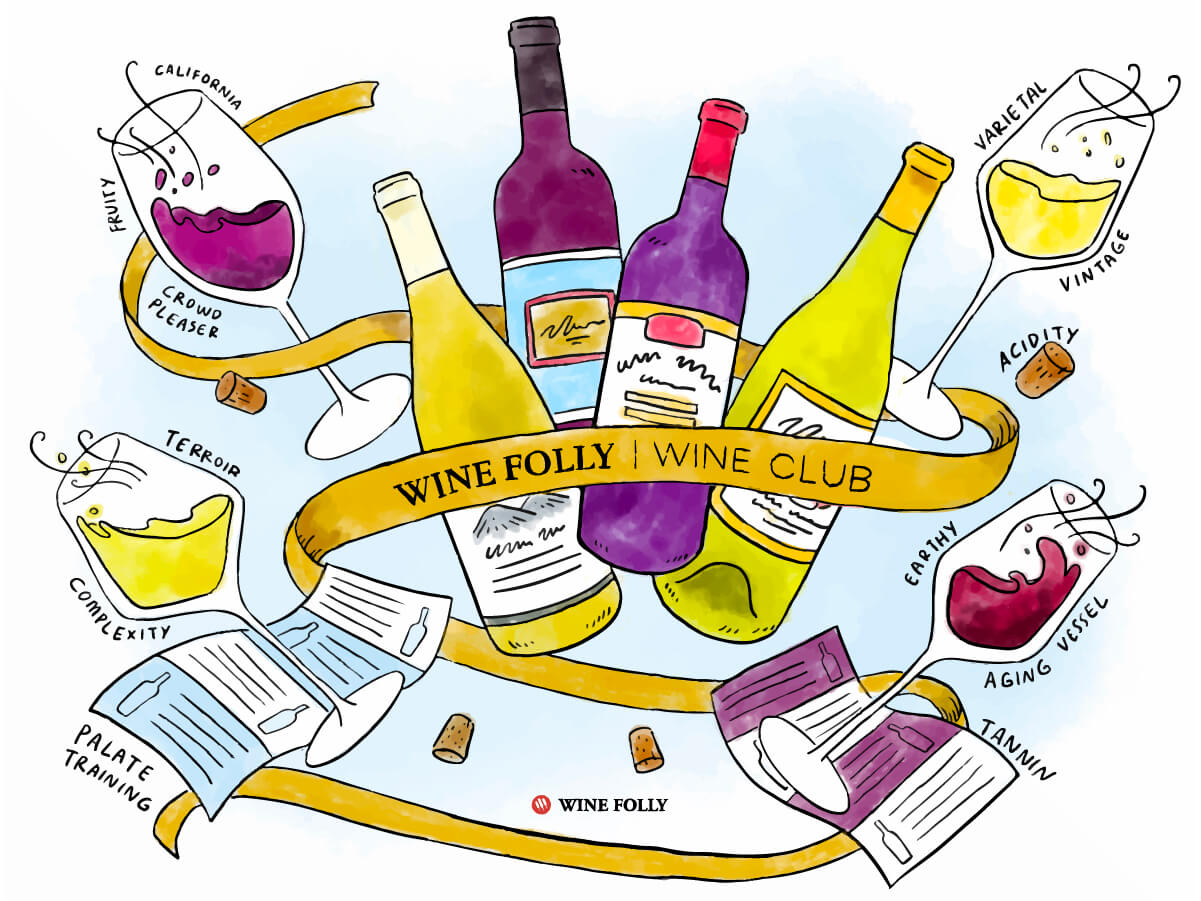