Gewürztraminer is typically one of the first wines to get released after the new year in early spring. If you love spice-driven cuisines such as Thai, Indian and Arabic foods, you’ll find Gewürztraminer to be a perfect match. You can typically pick up a decent bottle for around $10 and an exceptional Gewürztraminer for $16–22.

All told, there are only about 35,000 acres of Gewürztraminer in the world, which, compared to Chardonnay at nearly 500,000 acres, means the wine is pretty unique. If you’re on the search for a perfect Gewürztraminer, you might like to start with the following 5 regions. 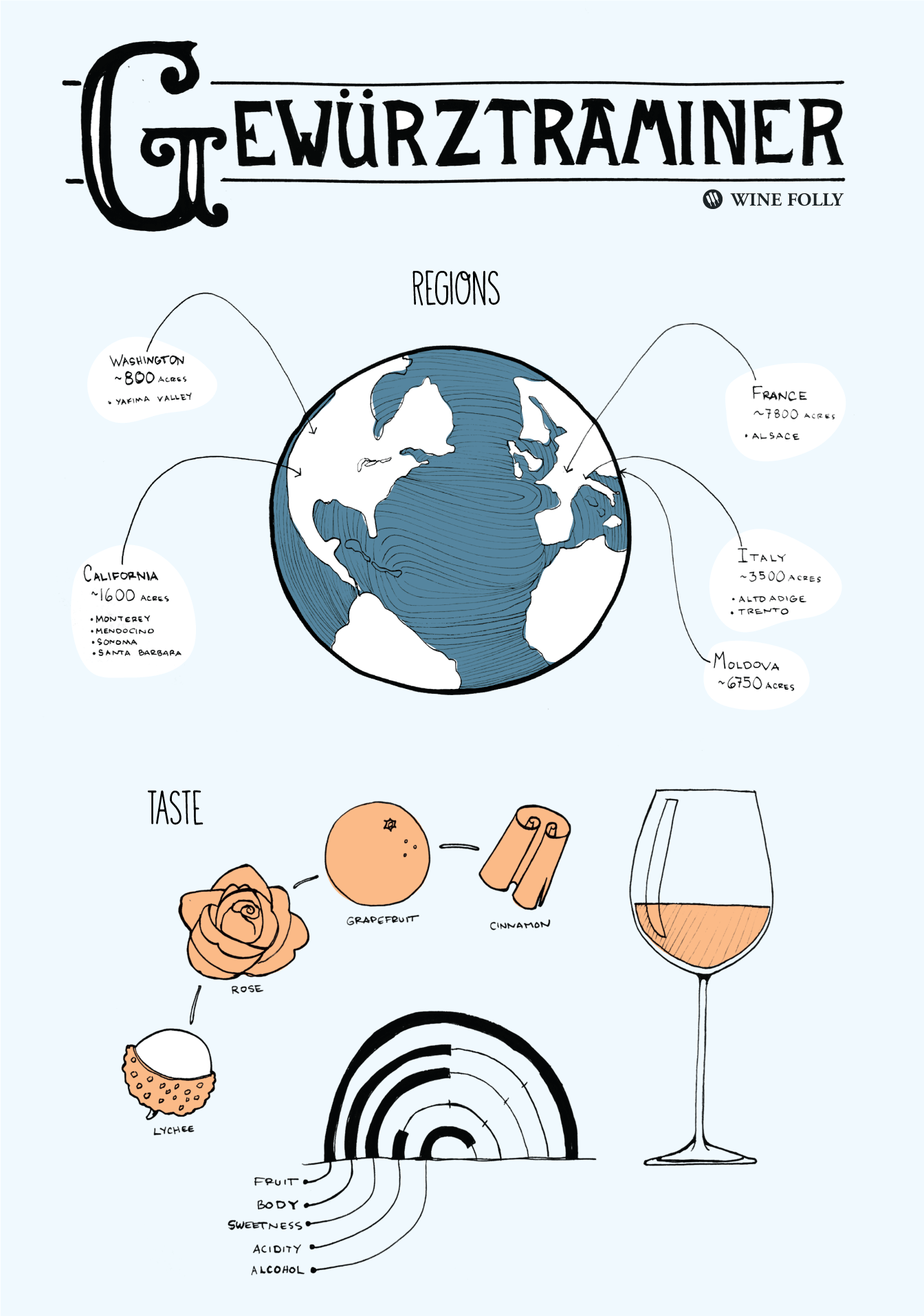 Springtime is when most producers release their latest vintage of Gewürztraminer. So from early March, you’ll see fresh Gewürztraminer wines filling the shelves.

Where to find awesome undervalued Gewürztraminer 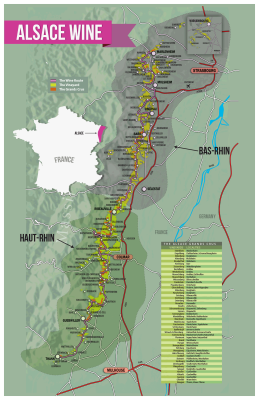 Alsace is the largest producer of Gewürztraminer in the world and the majority of wines are made in a rich floral dry style. The dry Gewürztraminers from Alsace have explosive aromas and offer creamy flavors of lychee, honeydew melon and rose. You’ll find the best quality wines in the Haut-Rhin (upper Rhine River) sub-region in the Southern part of the appellation.

Buying Tips: Alsace is known for producing age-worthy Gewürztraminer wines, so it’s not uncommon to find good wines that are 6–10 years old. Aging typically adds spice flavors of cinnamon, ginger and smoke. So, keep your eyes peeled for ‘Reserve’ Gewürztraminer or a wine made from one of the 51 Grand Cru vineyards. If you do end up buying an older vintage (because French Gewürz ages quite well) look for a good vintage because acidity level is naturally low in this wine. 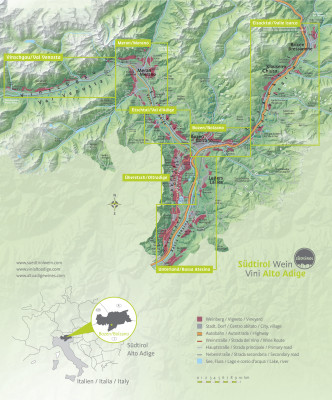 Italy is the second importer of Gewürztraminer to the US (Moldova wines typically go to Russia). You’ll find most Gewürztraminer coming from Trentino-Alto Adige region in Northern Italy. Wines from this area have intense aromas of rose potpourri and sweet ripe peaches but when you taste them they are quite dry and salt (almost like a dry hard cider or sake).

The Story of Gewürztraminer 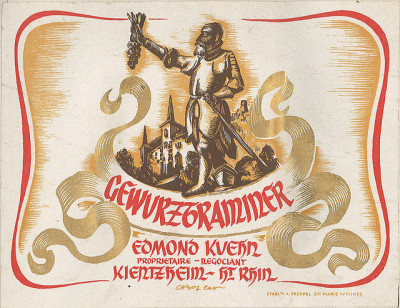 The Gewürztraminer grape is named after the city of Tramin in Northern Italy which is in an alpine valley on the Sourthern border of Alto Adige and Trentino. Until recently we though Gewürztraminer was related to a grape called “Traminer” but DNA profiling eventually told us that the pink grape is an aromatic mutation of a rare variety called ‘Savagnin’ (not to be confused with Sauvignon Blanc), which has its roots in France and Germany.

Find out more facts about Gewürztraminer

Gewürztraminer Food Pairing: Try as an aperitif with appetizers such as soft to semi-firm cow’s and sheep’s milk cheeses, Honeydew melon salad with fennel and prosciutto and sushi roll (California roll anyone?).

Additional Notes: Speaking of cooler climates, the Arroyo-Seco sub-AVA in Monterey, the Alexander Valley sub-AVA in Sonoma and Mendocino are well known for producing some outstanding California Gewürz. Since the state has no rules in terms of dry vs sweet, assume the wine is sweet unless the producer specifically mentions that the wine is dry either on the label or in their tasting notes online.

2012–2014: Generally considered good for Gewürztraminer from the cooler regions listed above. 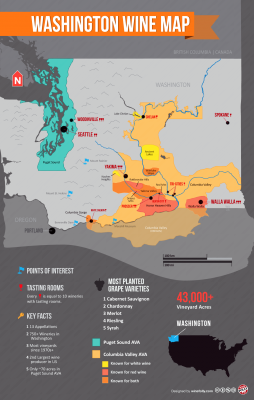 Washington may be a small region for Gewürztraminer, but it also offers some of the most ridiculous values for this wine. Of course, the wines under $10 will almost certainly be sweet and simple, so be sure to buy them as youthful as possible, otherwise you might be disappointed with their lack of acidity. The more interesting Gewürztraminer from this area is mostly out of the Columbia Gorge, a stunningly beautiful river region with intense cooling winds from the Pacific ocean.

Additional Notes: Since Gewürztraminer looses its acidity as it ripens, be very wary of late harvest wines from this area or Gewürztraminer that is picked at a high Brix degree. They may taste like they have high acidity but more than likely, these wines are artificially acidified with tartaric acid. Tartaric acid isn’t bad for you, but it makes for an odd sweet tart candy taste that grates on your palate after the first few sips. Since the region has no rules in terms of dry vs. sweet, assume the wine is sweet unless the producer specifically denotes the wine as dry either on the label or in their tasting notes online.

2012–2014: Hot year. Not all that great for Gewürztraminer that wasn’t picked super early, look for Columbia Gorge wines for benchmark examples.
2011 & 2010: Great years for whites like Gewürztraminer from Washington look for wines that were designed to age.