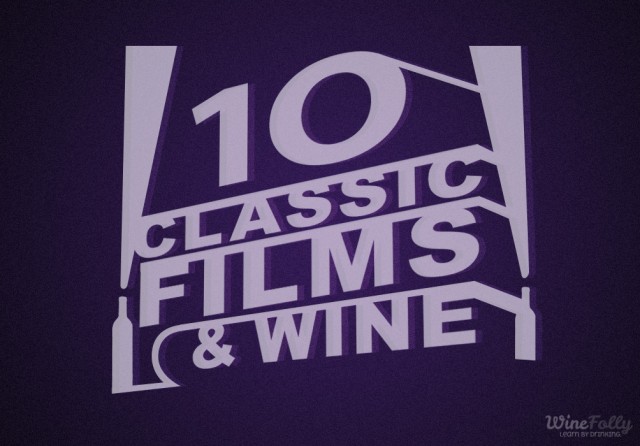 Synopsis: In the wine industry’s seedy underbelly there is a mobster patriarch working the strings of a clandestine empire since the beginning of time. (wine time mind you) Its name is Sangiovese.

The origin of Sangiovese dates back to Roman winemaking, its name literally meaning ‘blood of jove’. Since then it’s quietly integrated itself into culture as your ‘go-to’ table wine, while also building ties into the highest prestige blends. Boss to over 50 families, Sangiovese has a crew posed in just about every region prepared to fight off rivals. Comfortable with traditions, its old world principles often clash with a new world economy. If Sangiovese is to survive it will need to pass the crown down to someone prepared to adapt to a changing marketplace before it tears the family apart.

#9 Back to the Future as Lambrusco

Synopsis: Lambrusco’s existence is at stake and it must travel back in time to the 1970’s to prevent shipping 3 million cases of sweet Lambrusco to America! I’m not even sure Doc Brown could save this branding disaster.

Americans often misunderstand Lambrusco and rightly so, they were saturated with a bad product targeted at an uniformed demographic. Lambrusco might not be able to time travel, but it’s already well on its way to rebuilding its image in America. A growing cult favorite, I suspect it will likely return to mainstream popularity. Traditional Lambrusco is an elegant cork-stopped, frizzante dry red wine. It’s fun, light-hearted and approachable even by a more sophisticated audience.

Synopsis: Innocent, slightly-naive and downright adorable, Chenin Blanc helps those around her and along the way finds a niche audience of wine lovers.

From the Loire in France, Chenin Blanc lay in the overwhelming shadows of Bordeaux, Burgundy and Champagne. Although understated and possibly misunderstood, Chenin Blanc has a certain type of fantastical mischief that makes her hard not to love. She requires a delicate touch, but if great care is taken you’ll soon be charmed by her sparkling potential or intrigued by her sweet potential.

Synopsis: Port and his fellow fortified brethren embark on a low-budget search for the holy grail of wine, encountering many silly things.

At first glance Port is not something to be taken too seriously, however upon further investigation you find distilled genius and unmatched potential. Not everyone understands port, but for those that do it’s a private oasis paradise where you’re automatically in good company just by association. You don’t frighten us, French pig dogs. Go and boil your bottoms, you sons of a silly person. I blow my nose at you, so-called “Bordeaux”, you and all your silly French w-ine-s!

#6 One Flew Over the Cuckoo’s Nest as Zinfandel

Synopsis: Upon arriving in the new world a brash rebel, Zinfandel, rallies the varietals together to take on the oppressive dictator Cabernet Sauvignon.

Zinfandel is at war in California. Cabernet Sauvignon came in during the 1970’s and has since dominated the market. Under the guise of a somewhat erratic persona, Zinfandel has taken a rebellious stance in hopes of redefining the wine culture and dethroning the mighty king Cab. Will Zinfandel succeed?

Synopsis: A mysterious package (it’s Malbec), is to be delivered to the public at any cost by two hit men whose lives intertwine with others in a tale of violence and redemption.

What started as a cult following quickly turned into a mainstream sensation. With its own unique quirk and style, Malbec now stands at the center of attention. Traditionalists may scoff at the casual willfulness of this newcomer, however those who are open-minded can see the potential of Malbec as a classic wine re-imagined.

Synopsis: Sherry, a classic wine whose delusional belief in her own heritage has turned her into a forgotten relic.

Lately it seems Sherry has been left to collect dust on the shelf. Sherry does have a history as a famous wine, appreciated by the likes of William Shakespear, Edgar Allan Poe and even Mary Poppins. It doesn’t have to go the way of Sunset Blvd. Sherry is fantastic, but can she find new meaning in a modern wine world?

Synopsis: Merlot is an established and successful varietal whose life suddenly changes drastically when falsely criticized in a famous movie.

Convicted and imprisoned to a life sentence as a lesser wine, Merlot has had a number of years to eventually find solace and redemption with consumers. Merlot does have the potential to compete with Cabernet Sauvignon. It’s incredibly versatile both in blending with other varietals and still preserving its own unique distinctions as a stand-alone varietal. Merlot may have been knocked down, but it’s certainly not out.

Synopsis: An insane new growing region starts the process of turning Cabernet Sauvignon into a nuclear fruit bomb that a world full of critics and consumers frantically try to stop.

Whether you like it or not, new world fruity wines have arrived as an established style, in fact it almost feels dated to think in terms of new/old world. If you are still holding on to the nostalgia of a pre-1970’s wine world as we enter WW2 (wine world 2), then you need to stop worrying and learn to love the bomb. (I know, I know, bad puns…)

Synopsis: A renown wine varietal hides its alternate psychopathic ego from its co-varietals as it escalates deeper into its self-serving delusions of grandeur. Living in a waking dream, Pinot Noir struggles to differentiate reality from fantasy, confessing its own superiority from a throne built on lies.

Pinot Noir is possibly the most acclaimed wine of all time (including its contribution to Champagne). Is Pinot Noir an overrated egomaniac, or does it rightly deserve its reputation?


Admittedly, a few liberties were taken and some cliches exaggerated. What movies do you see as wines? Share your cleverness in the comments below.