All About South African Wine (with Map)

Before the last 10 years South African Wines barely crested the bottom of the grocery store shelf. Most of the wine produced in the country went directly to be distilled into brandy. Today the story is changing. South African wines have emerged as both some of the best valued red and white wines and in the highest quality.

Did you know? South Africa produced one of worlds most famous wines during the early 1700s… (before Cabernet Sauvignon became famous!) 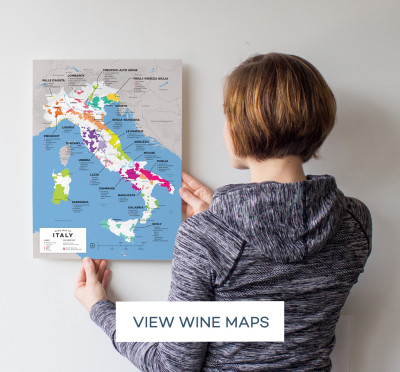 Now Available: Appellation maps to explore all of the major wine producing regions of the world. Discover art made to be handled. 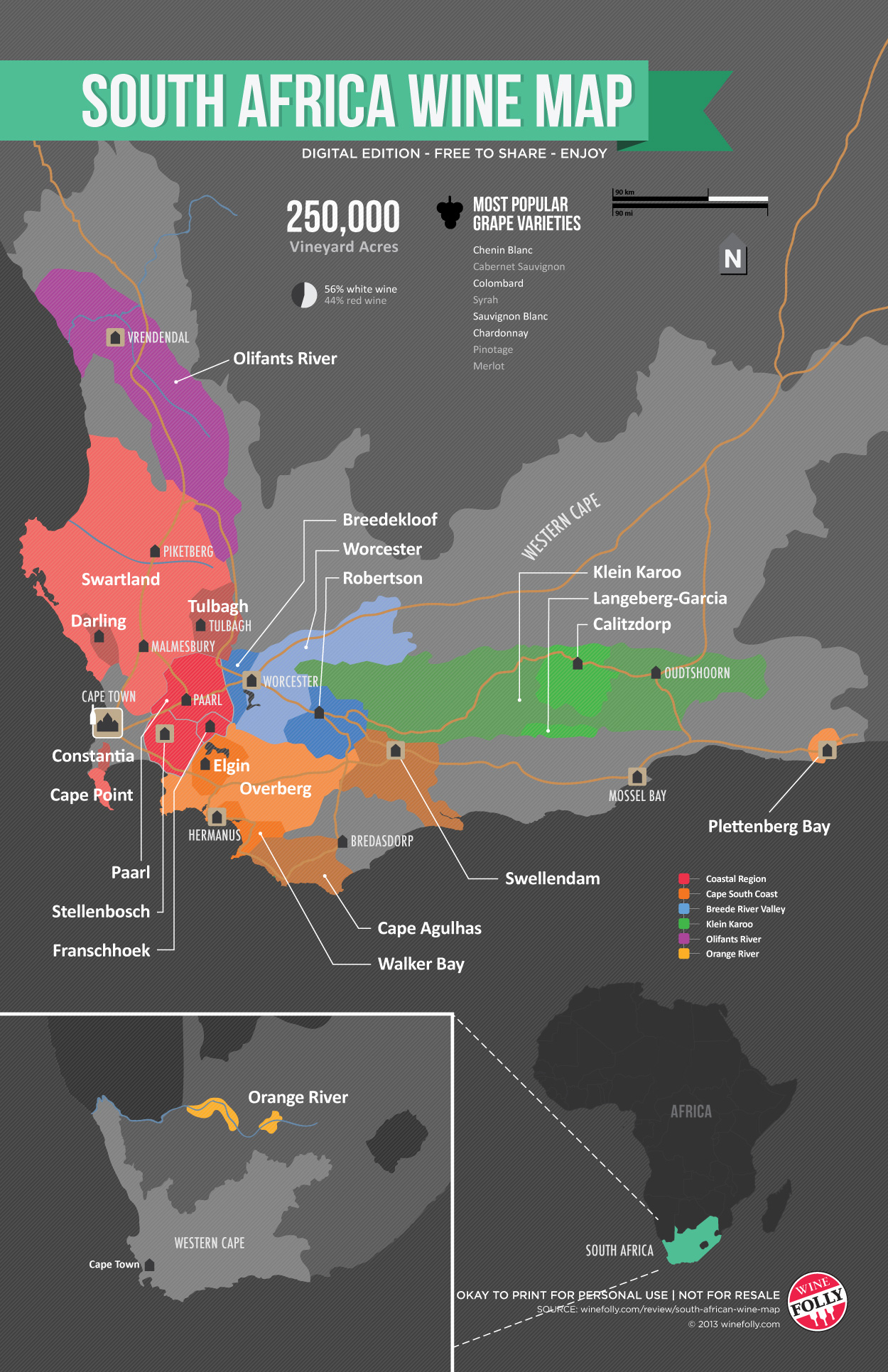 There is a savory complexity to South African Cab, which makes it a delightful alternative to the more fruit-forward Cab values from Paso Robles or Sonoma, California. Imagine black pepper, bell pepper rounded out with currant, blackberry and plum. South African Cabernet Sauvignon fits somewhere inbetween new world and old world; it's savory, but without all the grit of a French Bordeaux Superieur. Check out these wine regions:

The Chocolate Block which is mostly South African Syrah has taken the US (and Cosco) by storm. Syrah from South Africa is becoming popular due to its dark spiced fruit flavors with a chocolate like richness. It's important to note that since Syrah grows thoughout South Africa, it has a wide range of styles. You will find more savory wines from cooler regions such as Paarl and Stellenbosch and more richly intense wines from dry areas such as Robertson and Swartland.

Pinotage is South Africa's very own grape variety; a cross between Pinot Noir and Cinsault. However, watch out Pinot Noir lovers, just because it's made with Pinot Noir doesn't mean it tastes the same! Pinotage offers juicy raspberry to blueberry fruit flavors with spiced chocolate and tobacco. The wines are much more dense, higher alcohol and typically more savory than Pinot Noir. Pinotage often gets blended with Syrah.

Merlot is widely used a blending grape with Cabernet Sauvignon. Still you can find several single-variety Merlot from the Coastal Region.

Several other red wines are growing in South Africa, including Malbec, Petit Verdot, Pinot Noir and Cinsault (spelled 'Cinsaut' in SA). While most of the aforementioned varieties end up being blended, South Africa's cooler climate regions (including Elgin and Walker Bay) are making single variety Pinot Noir.

Known in South Africa as 'Colombar' this esoteric white wine grape from the central France (close to Bordeaux) is actually quite commonly used to add Sauvignon Blanc-like zestiness to Chenin Blanc based white wine blends. Still, a large chunk of the wine production goes towards brandy making.

As a cool climate variety, a lot of South Africa's regions aren't particularly well suited for Chardonnay. However, the coastline along the South stays cool. Look for Chardonnay from Walker Bay.

Other white varietals include Semillon, Riesling, Viognier which are often used for blending, but increasingly found in single-varietal boutique bottlings.

The Dutch East India Company used Cape Town as a resupply stop on route to India during the 1600s. Settlers planted wine grapes to quench thirsty sailors. As you can imagine, the wine sucked until the second Governer of Cape Town, Simon van der Stel, focused on making a better vineyard. He began producing a dessert wine called Constantia.

During the mid-1700s to mid-1800s, dessert wines were actually some of the most in demand wines of the day. Constantia was as famous as other dessert wines of the day including Hungarian Tokaji and French Sauternes. Sadly, South Africa's wine market took a turn for the worse when grape phylloxera completely obliterated its vineyards.