The small town of Sancerre appears as the archetypal, bucolic French village.

Situated almost precisely in the middle of the country, and perhaps because of this, Sancerre has been a center of French resistance since the Middle Ages.

Huguenots retreated to it during the wars of religion and the Protestant reformation. Again, during the French revolution, the village was a center of the royalist rebellion to restore the French monarchy.

During World War II, Sancerre was a regional command center for the French resistance. After all of this, we can conclude that Sancerre takes “being French” very seriously. 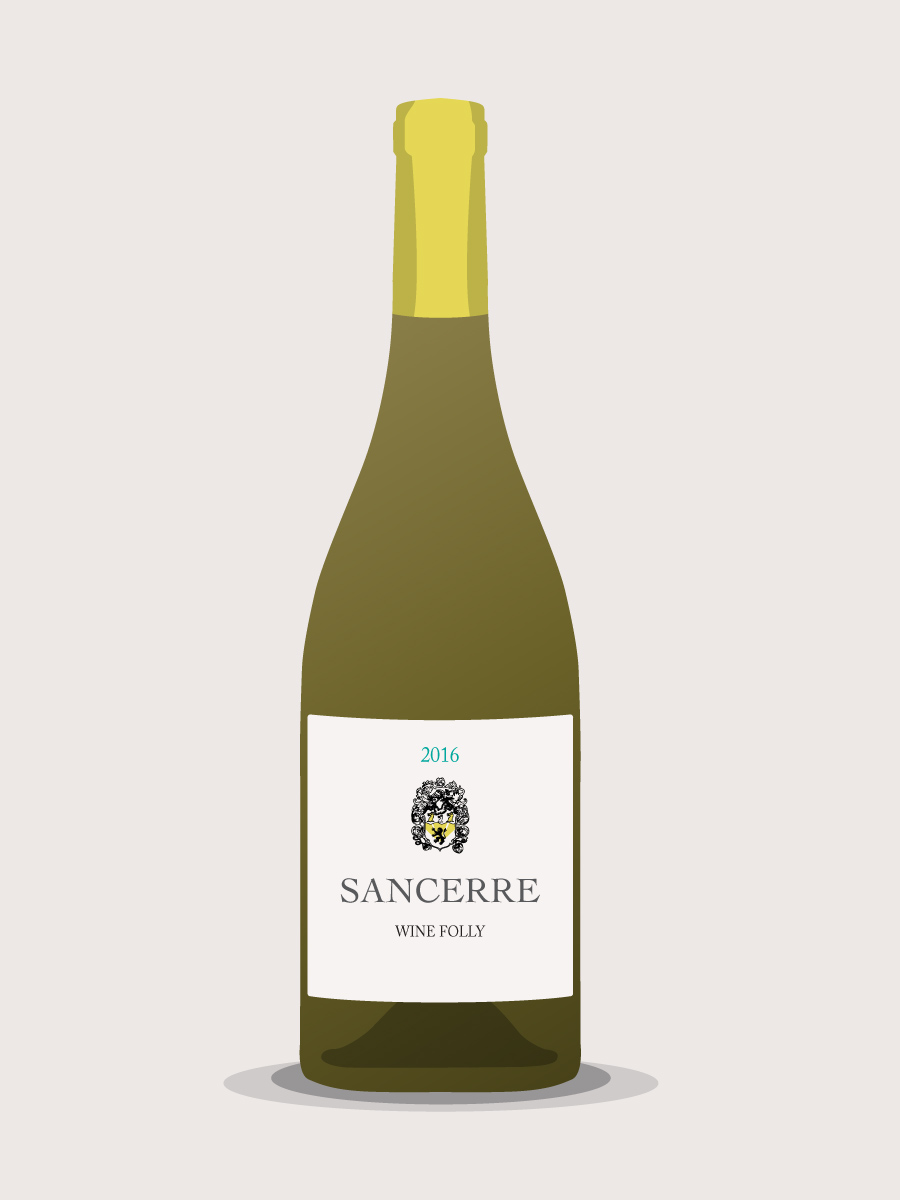 Sancerre is the most recognizable appellation for French Sauvignon Blanc in the Loire Valley.

Sancerre is part of a larger area in the Loire Valley called Centre. As you move outside of Sancerre proper, a wealth of discovery awaits.

Several other important appellations exist inside Centre including Pouilly-Fumé, Menetou-Salon, Reuilly and Quincy.

These appellations are also Sauvignon-blanc-based for their white wines, and as a result, many of these AOP offers a similar style to Sancerre, often at a better price.

As the “spiritual home” of Sauvignon blanc, Centre generally offers some of the most savory, acid-driven expressions of the grape. 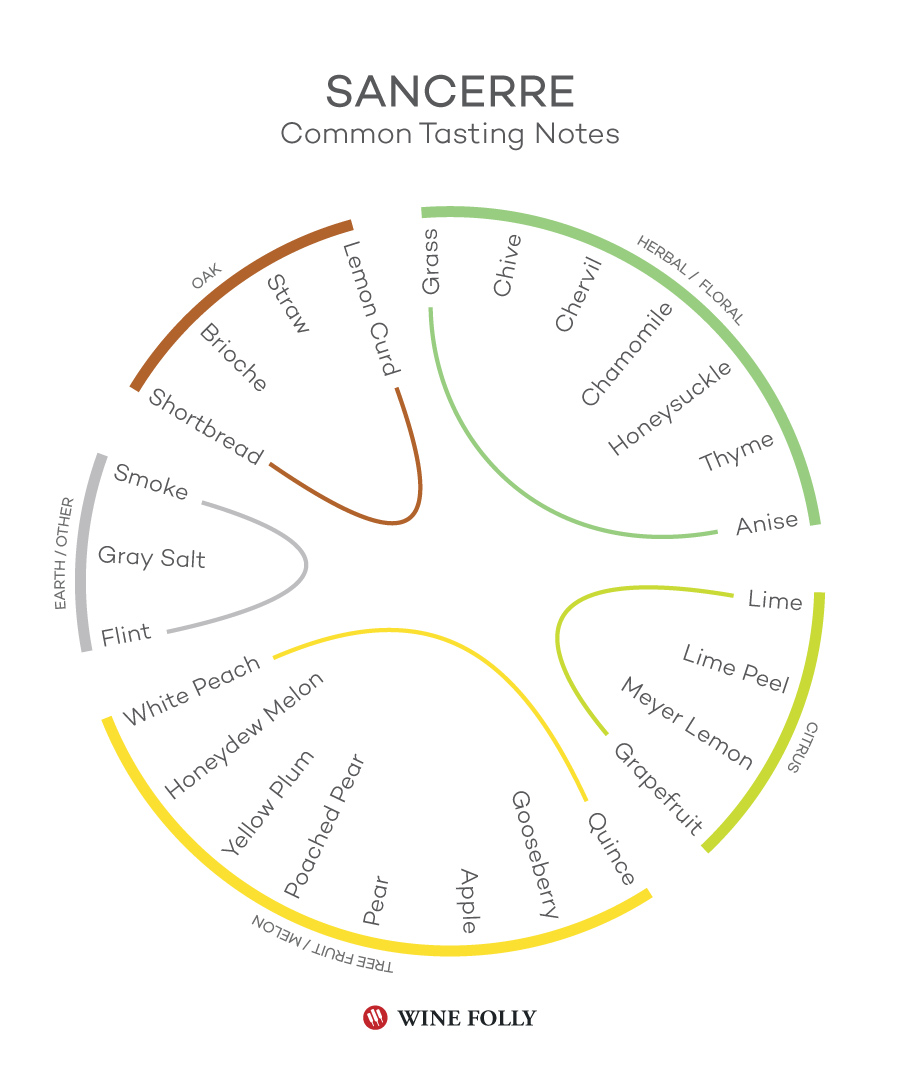 With a compilation of tasting notes of various Sancerre wines from over a decade of production, we’ve come up with a grouping for flavors for Sancerre Sauvignon Blanc. 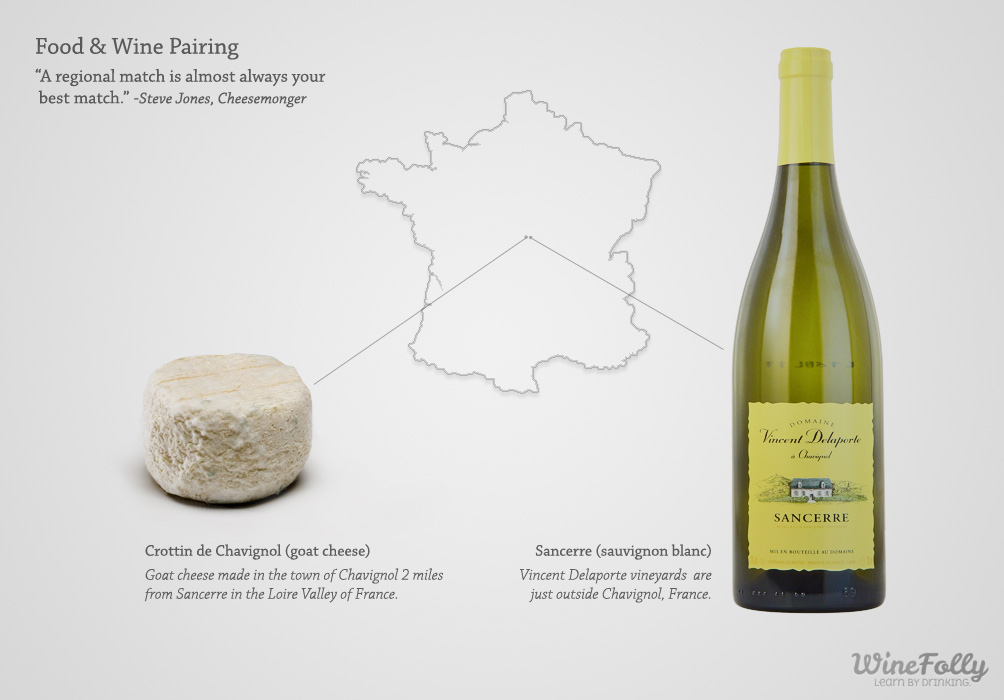 Inside the AOP of Sancerre rests a little village called Chavignol, which is world-famous for making little buttons of goat cheese called Crottin de Chavignol. When young, they have a more chalky texture and funky (goaty) taste. If you can find them aged, they develop a dark gray patina and become more rich and nutty. Goat cheese is an awesome regional food pairing for Sancerre, but you’ll find that the wine is quite versatile:

Getting a bottle of Sancerre wine can run you anywhere from $10 to about $60. The difference between low and high-end Sancerre has everything to do with the complexity of flavor. Generally speaking, if you want to get into the better quality tier from this region, expect to spend about $25–$30 a bottle. The areas of Chavignol, Bué, and Ménétréol are known to produce excellent Sancerre wines, so keep these village names in mind when looking. 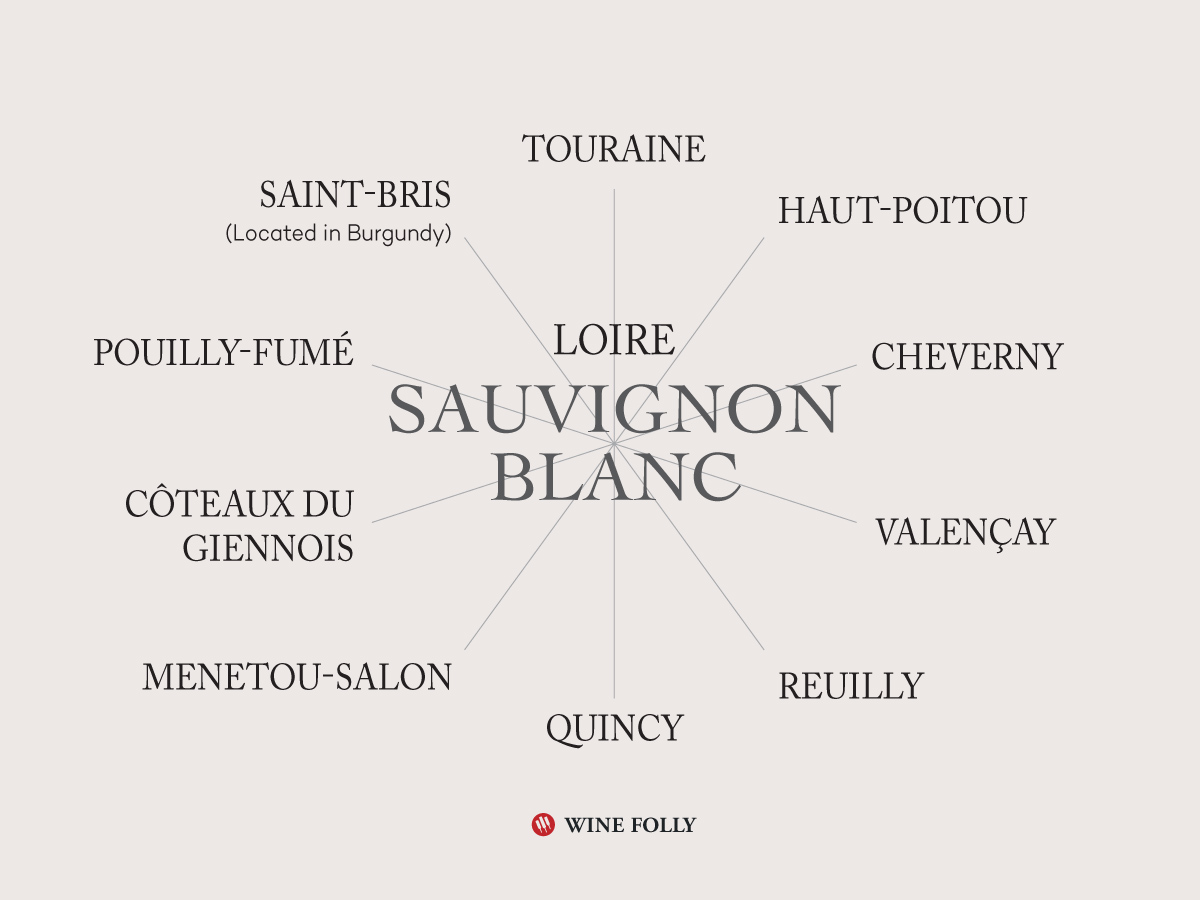 Other Sauvignon Blanc Appellations in the Loire Valley

Beyond this, it’s important to note that a couple of producers oak age their Sauvignon Blanc wines. As you probably observed in the tasting notes above, oaking Sancerre adds more flavors in the realm of brioche and shortbread and gives the wine a bolder, richer texture (but still much lighter than oaked Chardonnay).

Several other appellations in the Loire valley also produce Sauvignon Blanc and are well-worth investigating: