Sherry: The Dry Wine That Everyone Should Love

Sherry wine isn’t sweet, in fact, most are dry. In Spain, Sherry wine is savored like a fine whiskey. Get to know the different styles of Sherry wine and which ones you ought to try (and even the ones to avoid). Jackson Rohrbaugh, a Sommelier at Canlis, brings us up to speed on how to love Sherry. 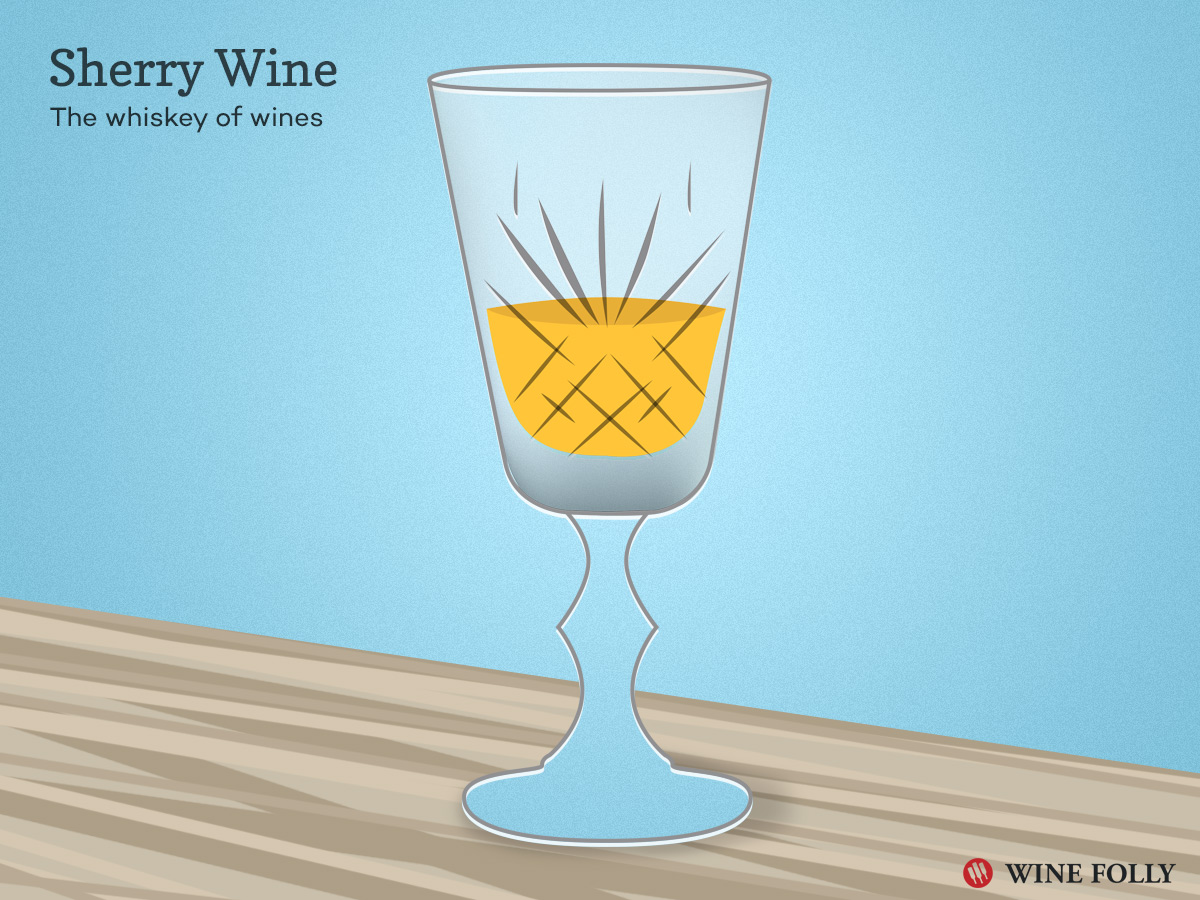 Sherry is often shown in tiny crystal glasses but you can drink it in any style of stemmed glassware.

A Guide to Sherry Wine

You have been lied to. Somewhere, somehow, you were taught that all Sherry is sweet, sticky and unpalatable. Maybe it was a childhood sip snuck from a dusty old bottle kept atop grandma’s fridge, or a cheap label of the mass-produced California “sherry” on the supermarket shelf.

If you’re a lover of brown spirits, then Sherry might be the favorite wine you’ve never tried.

What is Sherry Wine?

We can start with a few truths: Sherry is a fortified white wine from Andalucía Southern Spain and it has been made for centuries.

Most of it is dry and meant to be paired with food. I’m here to dispel the myths and tell you why Sherry is one of the greatest beverages on the planet. We’re going to start by debunking a few myths about Sherry.

Some of the sweet styles make great dessert wines or fireside sippers (such as PX), but they aren’t representative of the whole.

Americans, in our thirst for sweet, soda-like beverages, gave this sweet Sherry a market in the mid-20th century, while the Spaniards and Brits kept the best, complex and dry stuff for themselves.

We’re going to explore these dry styles and showcase why they deserve their place alongside the world’s classic wines. 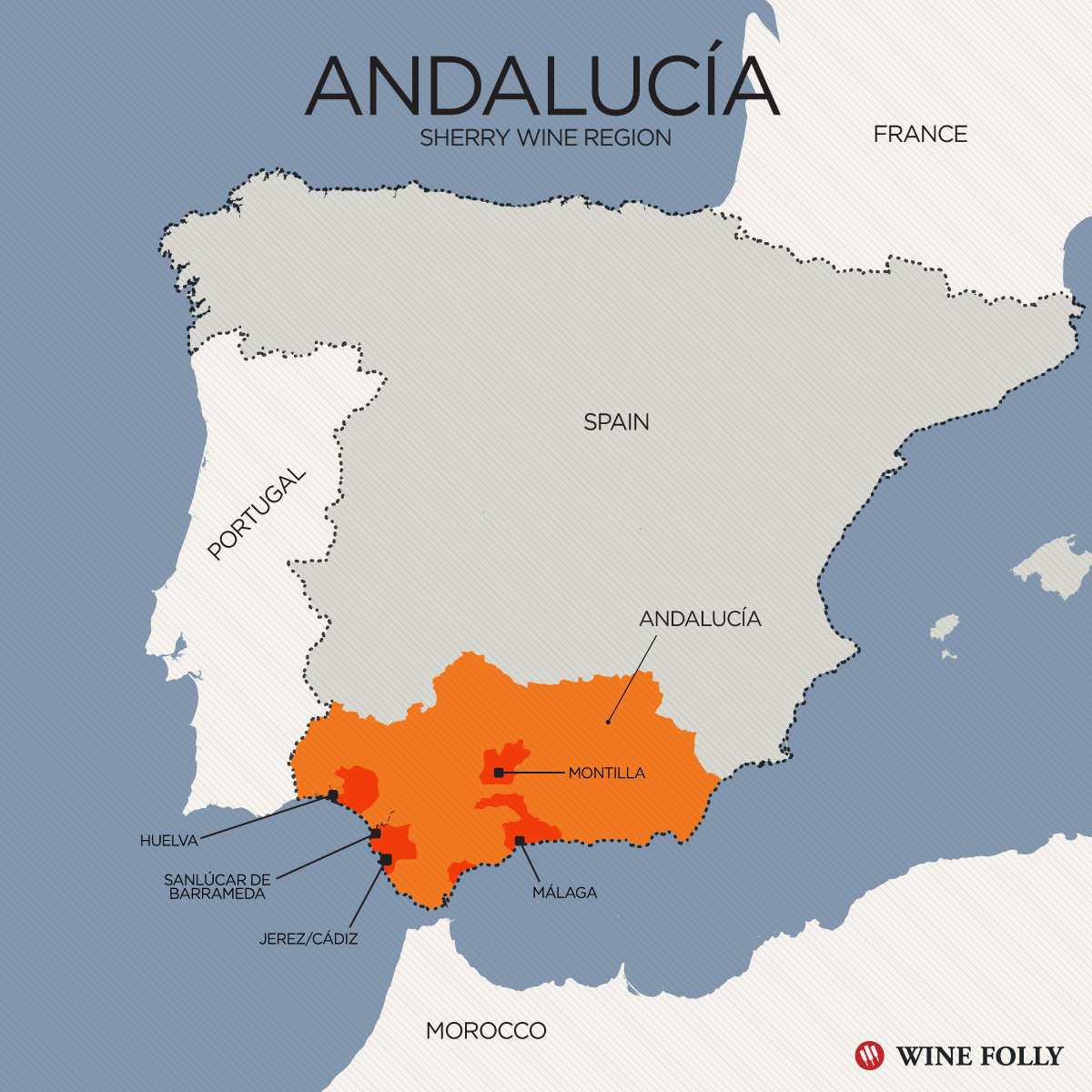 Where Does True Sherry Come From?

True Sherry can only be made in Southern Spain. See the full Spanish Wine Map.

Sherry’s magnificence comes from the fact that, like Champagne, true Sherry can only be made in one tiny corner of the world.

Many imitators have tried to replicate the salty, nutty, and aromatic profile of Sherry throughout history, but the unique winds, humidity, soil and seasonal changes in Andalucía give a singular character to the wines produced there.

TIP: Watch our for cheap imitations of Sherry not made in Southern Spain.

Unlike litigation-happy Champagne, the Sherry Consejo Regulador and Spanish government have not done much over the years to protect the Sherry name around the world, so many cheap imitations are still sold with the name Sherry on the bottle.

Most are sweetened bulk wines with chemicals added for color and flavor. 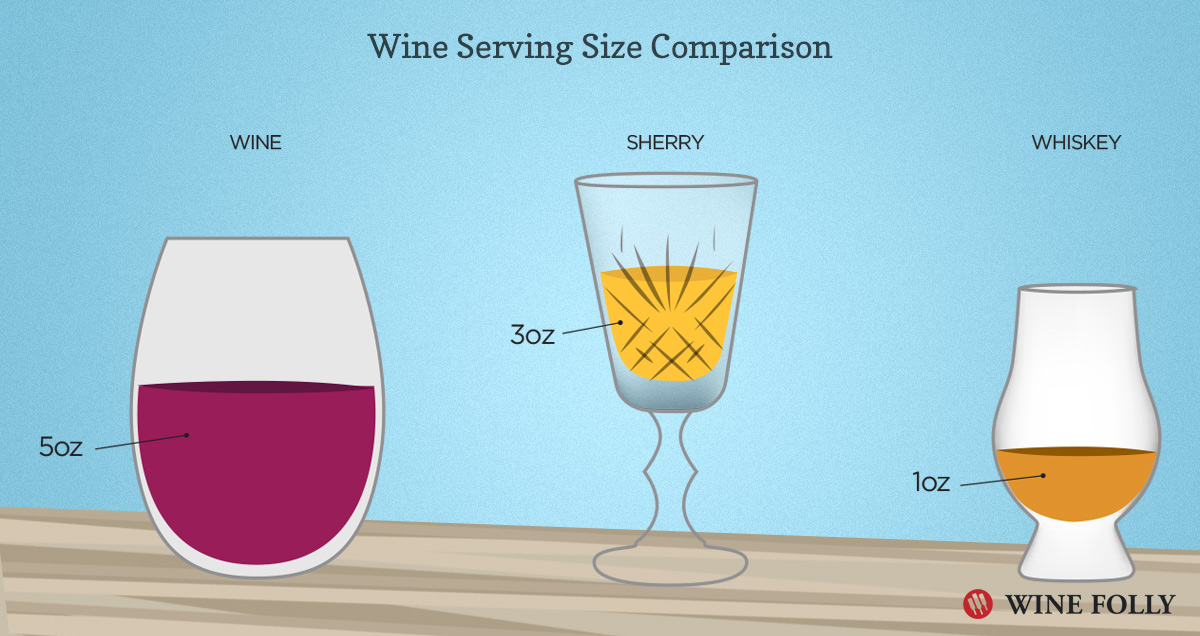 Well, you’re supposed to drink less of it! Sherry’s powerful flavor and slightly higher alcohol content mean that a single serving can be about half of a normal six-ounce glass of wine. Sherry ranges from 15% ABV to over 20%.

Many full-bodied red wines like Argentinean Malbec and Napa Valley Cabernet clock in at 15-16% alcohol or more, so you shouldn’t be too worried. This extra strength actually helps Sherry pair well with many foods. 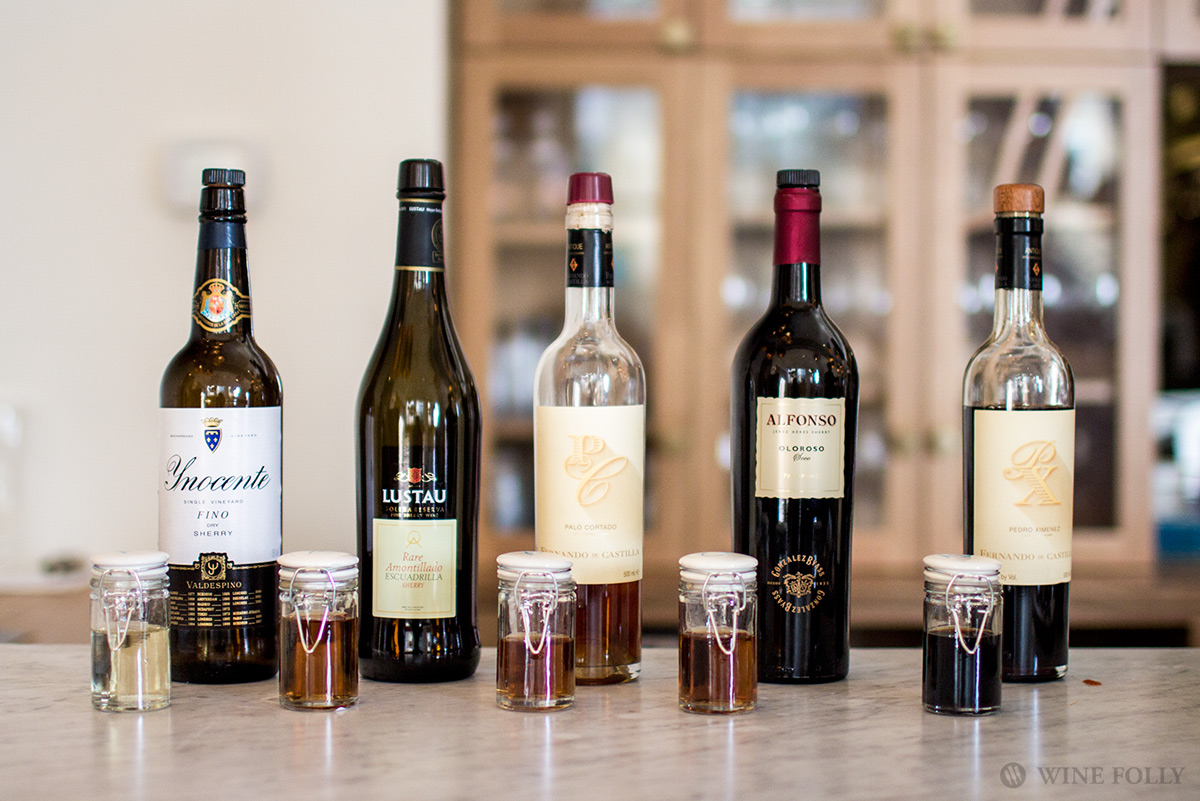 Now that we’ve explored the rich lore of Sherry, here’s a few tips for buying Sherry, and a few applications for pairing it with food.

There’s no other wine that offers the age and complexity of Sherry for the price.

Now that you have a good impression of the styles of Sherry wine, Here are some additional things that, when combined, make Sherry unique among all the wines in the world.

The Fortified Wine in the Age of Exploration

When sailors roamed the oceans in the Golden Age of exploration, they always brought alcohol with them. Water was disease-ridden and unreliable, and wine or rum was added to water for its antiseptic properties.

Since casks of wine would spoil after weeks in the hot tropical sun, merchants added brandy to their barrels to “fortify” the wine and protect it. British began to prefer their wine this way and their merchants set up shop in Jerez de la Frontera, where they began to fortify the local wines for shipping.

It helped that Sir Francis Drake had raided the port of Cádiz near Jerez in 1587 and seized a few thousand barrels of Sherry. Upon his return to England, Drake’s stolen wine became all the rage and gave the wines of Jerez a devoted market.

There is no place in the world that can make wines like those of Jerez.

Besides white chalky soil and warm sun for growing grapes, the winds are ideal. The Poniente and Levante blow across the region and give the open-air cellars the right combination of humidity and temperature to gently age the wines in barrel.

A unique phenomenon called flor happens in Andalucía’s warm seaside climate. In barrels of new wine each year, a layer of yeast will form on the surface of the wine and transform its flavors. Flor gives the wine a tangy, salty character as it matures. And maturing is what Sherry is all about.

Like most Champagne and Scotch, Sherry is a blended product. Old barrels of wine in a Sherry bodega are refreshed with slightly younger wine each year, then the oldest blended barrel is bottled.

This is called the Solera system, and it creates a wine that is the product of as few as 3 or as many as 100 vintages, and is well worth the price. A Solera is, put simply, a group of barrels used to age a single wine; and the wine in these barrels will develop more complexity each year as fresh wine is added.

Sherry is aged in oak casks, which have proven themselves over centuries to be the best vessel for aging both wine and spirits. Once the Sherry cellar is finished with a cask, it’s sold to a distiller of Scotch.

If you’re a lover of brown spirits, then Sherry might be your favorite wine you’ve never tried. Many Scotch Whiskeys and rums are finished in used Sherry casks, lending that layer of nutty, toffee-glazed complexity so prized in a great dram. Macallan, Glenmorangie and many of the other great Speyside distilleries form their styles around this practice.

FACT: During the Colonial period Sherry casks were too expensive to ship back, so they were used to store whiskey. Distillers noticed a great improvement in the flavor after storage and thus, the Sherry cask Scotch was born.

Sherry —especially a dark, rich Oloroso or a tangy Amontillado, can be just as intense as an aged whiskey. Spirits with 10-20 years of age command a high price, but many Sherries can be found under $20. Many are from Soleras where the youngest barrel is 10 years old and the oldest may be 100!

I hope you now have some tools to go enjoy some delicious dry Sherry. I recommend reading more about the complex, mysterious world of Jerez and its wines at sherrynotes.com or sherry.org, and picking up Peter Liem’s fantastic book Sherry, Manzanilla & Montilla on his website sherryguide.net

Jackson is a Sommelier at Canlis in Seattle, WA who enjoys introducing people to new wines, beers and spirits. He loves to share the stories and passion that go into the production of great drinks. @jacksonwr