Barolo, Barbaresco, and the “Other” Nebbiolos of Italy

With all the news coming out about Barolo and Barbaresco, it’s the perfect time to brush up on the amazing grape behind these wines. Why? Prices are notching up from these two Nebbiolo regions, so you’re likely to find great values from neighboring areas.

Imagine getting kicked in the face by a ballerina.

Nebbiolo has this exact same kind of elegant brutality.

One the one hand, it’s elegant. Nebbiolo is best drank from a Pinot-shaped glass so that its delicate aromas of roses, raspberry coulis (“koo-lee”), and anise waft into your nose.

On the other hand, it’s brutal. When tasted, Nebbiolo has so much astringency and mouth-drying tannins that your eyes start watering.

It’s a visceral experience. You’ll either love it or hate it. Naturally, we love it.

Many Faces of Italian Nebbiolo 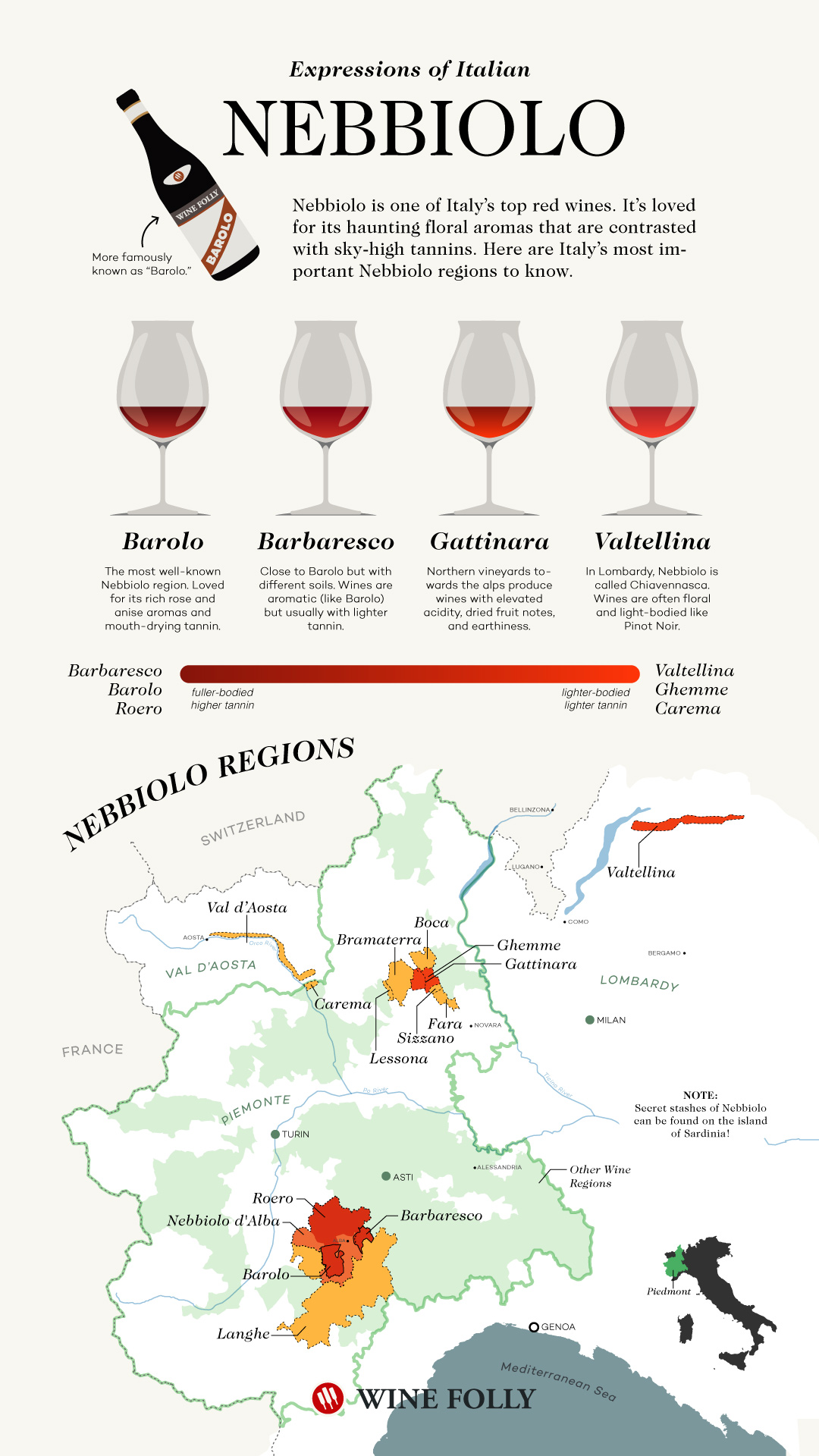 The color is pale garnet, which doesn’t really give you any clue of the intensity in this wine. Its rigid tannins, bold flavors, and higher alcohol (usually around 14% ABV) are more like something you’d find in Bordeaux.

Sommeliers love to describe Barolo with two words: “roses” and “tar.” Of course, Barolo is actually the fruitiest and most full-bodied of all the Nebbiolo regions in Northern Italy. Expect flavors of raspberry, red cherry, roses, potpourri, cocoa, anise, licorice, allspice, truffles, and a clay lick.

Barolo wines age at least 18 months in the barrel, with a total of three years aging before release. Even though that sounds like a lot, this wine is really meant to age. Most traditionally-made examples only start to come around at 10+ years (when all the tannins chill out).

There are eleven different communes of Barolo, with two different main taste styles (based on the soil type: limestone vs. sandstone). (Of course, winemaker influence matters too, but that’s a story for another time.)

The mostly fertile limestone-based soils in Barbaresco (along with its slightly milder climate) results in wines with noticeably less tannins than Barolo.

In terms of flavors, Barbaresco delivers amazing red fruit. Aromas of strawberry, raspberry, cherry syrup, and cotton candy all mingle together on top of roses, potpourri, and lighter notes of anise. It’s not quite as “tarry.”

Roero also sits within Alba in Piedmont right in-between Barolo and Barbaresco. This wine continues to fly under the radar even though it was recently elevated to DOCG status in 2004. Nebbiolo wines are every bit as intense and structured as Barolo (but usually at a fraction of the price). They also have Barbaresco’s sweet fruit.

Leave a call-out below if you’re a Somm who’s freaking out (in delight) about Roero. We’d all love to hear what you’re drinking.

Roero Riserva requires at least of 32 months of aging, including six months in the barrel.

Italian wines follow a classification system indicated on the neck of the bottle. DOCG is technically the highest classification standard for protected designation of origin. (It stands for Denominazione di Origine Controllata e Garantita). Find out more about how Italian wines are labeled. 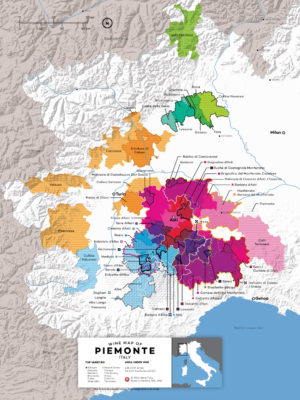 The More You Know

The complete list of DOC and DOCGs of Piedmont is out now.

Even though there are 59 regions in all, there are just about a dozen grapes to know. Time to dig into Piedmont… Piemonte!